why is Ireland failing non-EU doctors?

A business professor writes on why becoming a junior hospital doctor is a dead-end for many non-EU doctors – something that can’t last much longer, by Dr Eimear Nolan

“Ireland is a good place to start your career but don’t waste more than two years here if you want career progression.”

This is the damning comment of one non-EU hospital doctor on the experience of working in Ireland’s health system. And it’s by no means atypical. 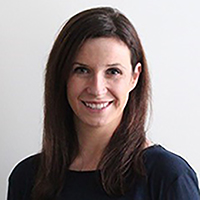 At a time when the Covid-hit health service is crying out for qualified doctors, here is the reality: doctors from outside the European Union are highly motivated to come to Ireland to gain international experience and advance their careers. However, once they get here, they quickly come to realise that they have limited potential to advance their career while working in Ireland. As a result, many of them leave.

This is the conclusion of my research into the experience of non-EU, non-consultant hospital doctors (NCHDs) working in Ireland for the past decade. Working recently with Dr Xiaoning Liang at Trinity Business School and Professor Michael Morley at the University of Limerick, we have looked at the experience of more than 250 non-EU NCHDs working in the Irish health care system.

We found they face two main problems with the Irish system.

First, they are on short-term contracts which result in high levels of job insecurity and increased levels of vulnerability within the system. Second, they cannot access training opportunities which they need to advance their careers.

With both factors working against them, the decision most make to leave Ireland comes as no surprise. Many of these NCHDs have left the Irish system to work in neighbouring EU countries, such as the UK, where they are offered the training and career advancement opportunities they expect and need.

When asked to describe their experience of working in Ireland, the majority of NCHDs reported feeling disheartened by the lack of opportunities available to them in the Irish health care system.

‘I would sum up my thoughts on working in the Irish healthcare system in one word: demoralising’, noted one NCHD.

The study highlights that the lack of job security and limited career advancement opportunities are forcing NCHDs re-evaluate their decision to come to Ireland, with many deciding to leave. In the words of one NCHD: “My only reason to leave this country is that I don’t want to die as an NCHD. I have FRCS ortho and EBOT [Fellowship of the Royal College of Surgeons – Orthopaedics and Examination of the European Board of Orthopaedics and Traumatology], still there is zero chance I can get a consultant job.”

The advice the NCHDs are sending back to any potential new non-EU doctors is grim: If you want to advance your career, Ireland is only a short-term solution.

Losing these doctors is a problem for us all.

Ireland is heavily reliant on NCHDs to service the nation’s hospitals. The country has already seen its homegrown doctors leave for better working conditions at an alarming rate.

Now we are seeing the NCHDs that were recruited into the country to fill the shortage also leaving, being pushed out by the lack of job security and lack of career advancement opportunities.

This does not need to be the case. One bright note from the study is that the majority of NCHDs indicated that they would like to remain working in Ireland and that most would do so if they were given a reasonable level of job security (moving away from short term contracts) and provided access to training.

The question is: are we willing to offer them this?

Over the last decade, the Irish health care system has increasingly struggled to attract and retain NCHDs to work in Irish hospitals. This trend is set to continue and indeed worsen if interventions are not made to retain the NCHDs currently working in the country. The recent research conducted clearly shows if such reforms were made [extend NCHDs contracts and grant NCHDs access to training], Ireland could not only attract new NCHD recruits, but also retain a large proportion of those who are currently working Irish hospitals, taking much needed pressure off the system.

Our study did not examine why the Irish health system is not offering these doctors the supports they need to progress in their careers. It’s likely the reasons are complex and differ by institution. But it is clear to us as authors that the barriers that these doctors perceive are real, and, also, that other countries are doing a better job. The research provides a pathway forward for reform that should be strongly considered.

Dr Eimear Nolan is an Assistant Professor in International Business and Director of the Flexible Executive MBA at Trinity Business School, Trinity College, Dublin, where she lectures in Cross-Cultural and Inter-Cultural Management.

Accord maintaining leading position in generic High-Techs in Ireland

Vaccine passports could be our ticket to normalcy. But Canada isn’t ready.