Several agencies noted that Omicron appears to be associated with a less severe clinical picture than Delta, though this early evidence was acknowledged to be highly uncertain 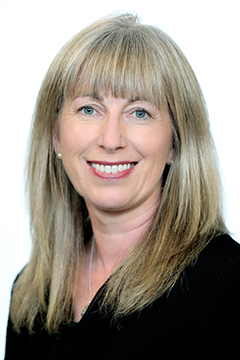 HIQA has updated its rolling reviews on the Omicron variant, including a review of international public health guidance and a summary of agency assessments of the evidence in relation to Omicron.

The organisation looked at the latest international guidance in relation to social or mass gatherings, schools, business activities, culture, leisure and entertainment, changes to infection, prevention, and control measures as well as the use of face coverings and so-called Covid passes.

Widespread recommendations to avoid large public and private events were identified. Examples include the Netherlands, where event venues are closed until mid-January, and France and Spain, where there are limits on the number of people that can attend events.

Some countries have delayed the reopening of schools or moved to online learning for the beginning of the semester.

HIQA also identified and summarised assessments of the scientific evidence as published by public health agencies and authorities between 15 December 2021 and 4 January 2022.

Key factors relating to the impact of the Omicron variant were examined, including: assessments of transmission and transmissibility, severity of infection, the ability of Omicron to escape immunity, and the effectiveness of existing vaccines, treatments, and tests.

Overall, international assessments expressed concern regarding the rapid growth of Omicron and the potential impact on hospital capacity.

However, several agencies noted that Omicron appears to be associated with a less severe clinical picture than Delta, though this early evidence was acknowledged to be highly uncertain.

Dr Máirín Ryan, HIQA’s Director of Health Technology Assessment: “Since the identification of the Omicron variant in late November, new evidence and information has rapidly been released and policy and guidance internationally has been evolving at a similar rate. In general, international agency assessments of the risks associated with Omicron are consistent with our concerns in Ireland, with similarities in the public health guidance that has been issued in response to Omicron.”

The full reports can be read on HIQA’s website.

Accord maintaining leading position in generic High-Techs in Ireland

Futures Recover Ahead of Earnings Tuesday