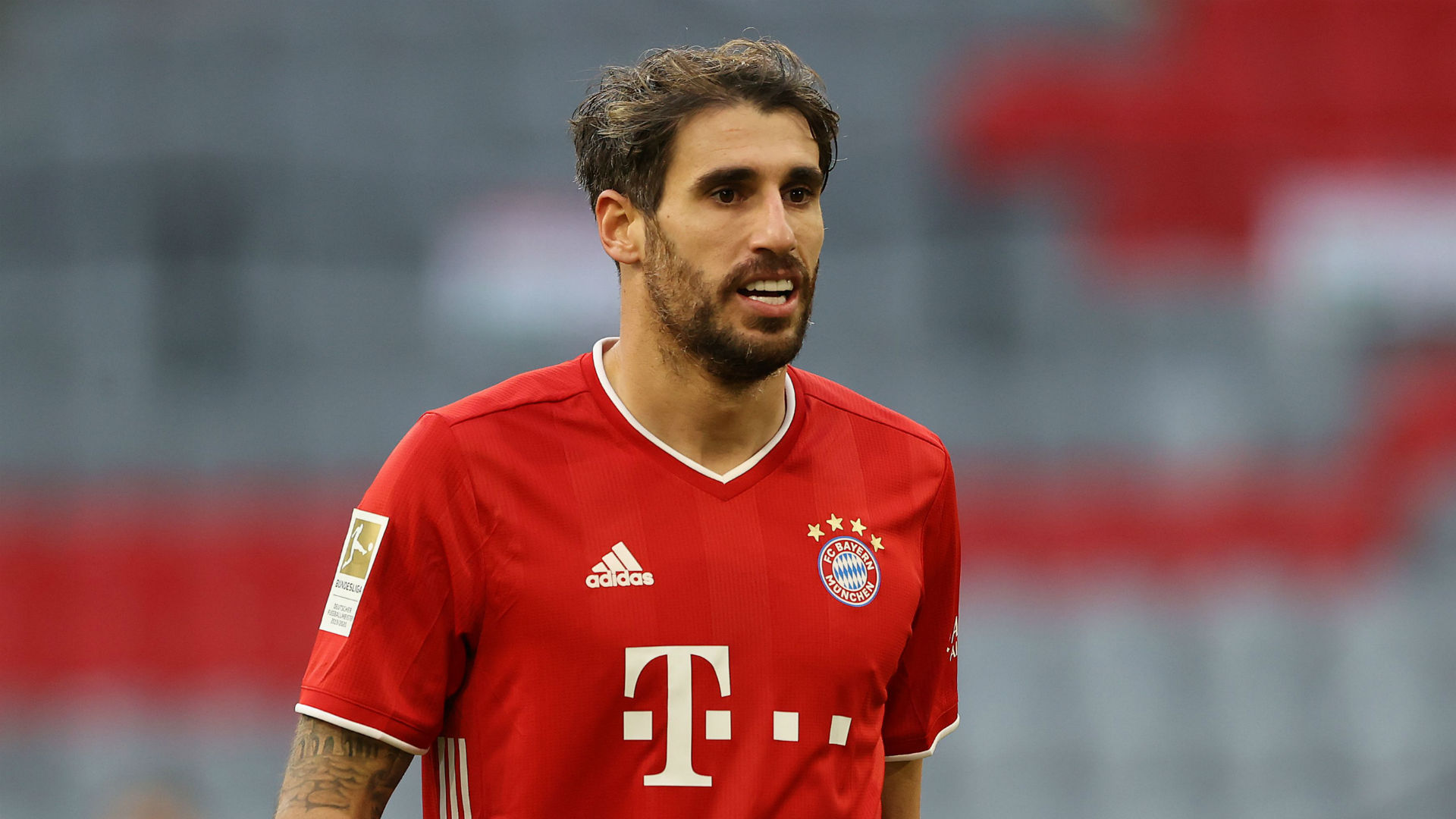 Bayern Munich have confirmed that Javi Martinez will bring the curtain down on his trophy-laden nine-year career at Allianz Arena this summer.

The 32-year-old will leave Allianz Arena at the end of the current campaign by mutual consent, with both parties having decided against a contract extension.

Martinez will be available for Bayern’s final three Bundesliga fixtures against Borussia Monchengladbach, Freiburg and Wolfsburg.

“I’m very proud and happy to have been part of the FC Bayern family for nine years,” the Spain midfielder told the club’s official website. “I’d like to thank this great club and especially our fans – you have made Munich my home!

“I’ll never forget these nine years. From the very first day, I felt the ‘Mia san mia’ and the special nature of FC Bayern. I lived for this club, always gave everything for it, and am very happy about the many titles we won together.

“FC Bayern and its fans will forever be in my heart. Muchas gracias, dankeschön, servus – see you again!”

#FCBayern and @Javi8martinez are saying ‘goodbye and thank you’ from the bottom of their hearts after nine very successful years together. #GraciasJavi ❤️ #MiaSanMia

What have Bayern said?

Bayern president Herbert Hainer has insisted that Martinez is guaranteed a place in the club’s hall of fame for all he has accomplished at Allianz Arena while wishing him well for the future.

“Javi Martinez is one of those people who make it clear what FC Bayern stands for,” said Hainer. “When top international players identify with our club the way he does, you can achieve great things.

“Javi quickly became one of us, and the incredible amount of success we’ve enjoyed with him speaks for itself. Javi Martinez will always have a special place in the history of this club.

“We wish him all the best for his future.”

Bayern CEO Karl-Heinz Rummenigge added: “Javi gave our team great quality in terms of play and has always been an excellent personal fit.

“May I thank Javi for a tremendously enjoyable and successful time. Take care, Javi. You’ll always be an important part of the FC Bayern family.”

Martinez joined Bayern from Athletic Club for a then-club-record fee of €40 million (£35m/$48m) in 2012, and has since appeared in 266 games across all competitions for the German champions.

The World Cup winner has scored 14 goals too, including last-minute efforts in Bayern’s European Super Cup wins against Chelsea in 2013 and Sevilla in 2020.

Martinez has also helped the club win eight Bundesliga titles, two Champions League crowns and the DFB Pokal five times, establishing himself as one of the best defensive midfielders in Europe along the way.

Tennis: More disappointment for Nadal in Madrid, and he’s not getting any younger

Stimulus checks for SSDI, SSI beneficiaries: All you need to know

The personal is political: A journey through Palestinian exile | Middle East News