Public health doctors ‘not trained to deal with eating disorders’ 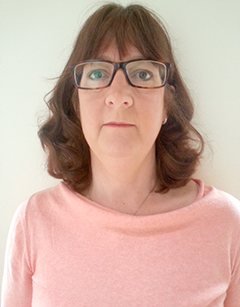 A lack of proper treatment for people with eating disorders (ED) is leaving sufferers feeling misunderstood and abandoned, according to new research.

In a recent survey of 100 people caring for someone with an ED, 82 per cent said they didn’t believe public healthcare clinicians had the appropriate training and knowledge to treat the condition.

Sixty-nine per cent said they were not satisfied with the overall service provided for ED patients by the public health system, while more than half (52%) reported that Covid-19 had increased the severity of their loved one’s illness.

The data was compiled by the support group, Caring about Recovery from Eating Disorders (CARED) Ireland, to coincide with Eating Disorder Awareness Week (March 1-7).

“Research shows that most people can and do recover from eating disorders if they get effective, evidence-based treatment from ED-trained staff,” said CARED Ireland spokesperson Susan Brennan.

“Yet those suffering continue to be met with a lack of specialist clinicians equipped to understand and deal with eating disorders.”

Brennan added that although intervention was crucial to recovery, waiting lists were growing and the incidence of relapse worsened every week.

“The longer a sufferer is left without specialist help, the more entrenched the eating disorder can become,” she said.

“Too many sufferers express feeling misunderstood, abandoned and lost, while begging to be heard and taken seriously so that they can recover and live normal lives.”

The HSE last month, however, confirmed the hubs would be delayed by almost four years, with completion expected by 2025.

“As the HSE kicks the can down the road once again, thousands of families across Ireland continue to suffer under the huge strain and distress of managing this life-threatening condition to be met with wholly inadequate treatment and support,” Brennan added.

“In response to the delayed rollout of these specialist hubs, the HSE said it ‘hopes’ to add two to three teams each year over the next five years. We don’t need another ‘wait-and-hope’ strategy. We need a concrete plan.”

CARED Ireland is also calling on the Government to recognise eating disorders under the Mental Health Act 2001 so that life-saving tube feeding treatment can be administered to those suffering the most severe effects of an eating disorder without being made a ward of court.

We must begin to start addressing the ‘pandamage’ of the pandemic