Wings Over Scotland | Heavy is the Crown


Is the Crown Office and Procurator Fiscal Service of Scotland institutionally corrupt? I don’t believe so, but it’s certainly a troubled organisation. 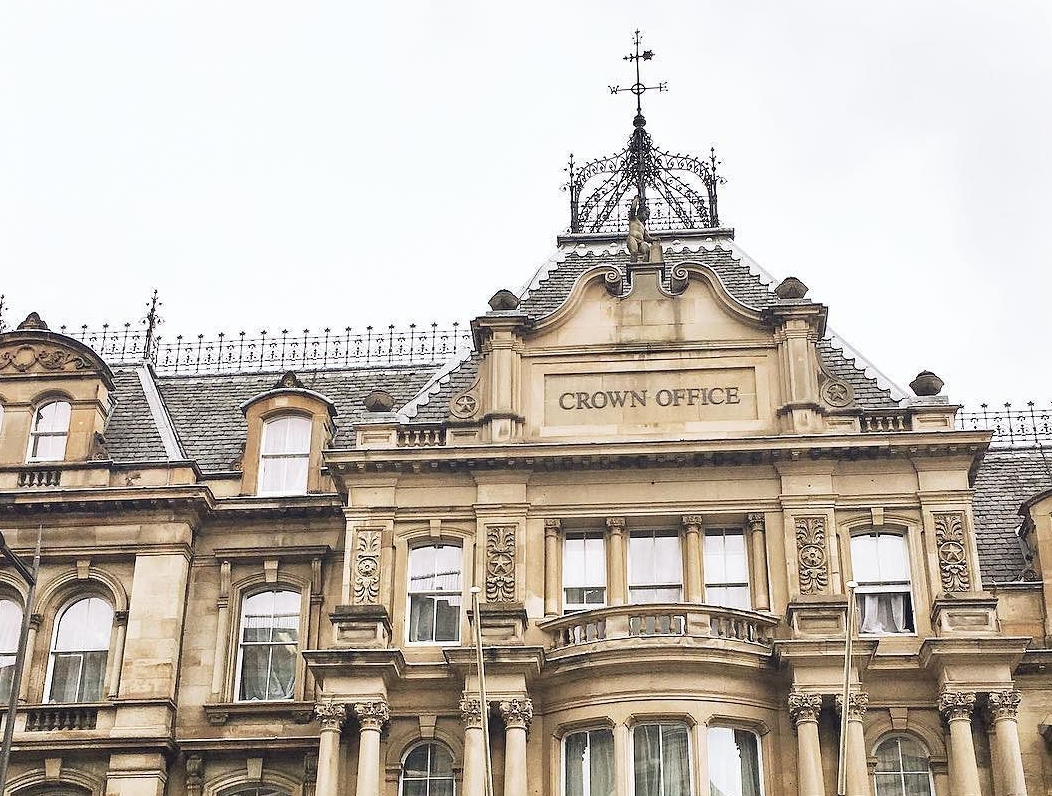 The cost and reputational damage from the Rangers FC case are of a magnitude never seen before, and the actions in the Alex Salmond case and related actions by the Lord Advocate and Crown Agent have called its independence into question.

There must be structural change and individuals must be held to account.

Very many have served in the COPFS, whether in its current or previous incarnations. They’ve done so in a variety of forms from modest clerical positions through to the roles of government Law Officers, as the Lord Advocate and Solicitor General are decribed. They’ve invariably done so from a sense of public duty and with an intention of upholding the integrity of the post.

They were good and principled people, as are the overwhelming majority of those currently serving. Good work is done by the organisation not just in prosecuting in the public interest but in a variety of civil matters, from investigating sudden deaths through major public inquiries to monitoring charities.

It’s the actions of the Lord Advocate and a coterie surrounding him that are tarnishing the entire institution. Judgement, competence and even the role itself are now called into question.

The organisation has come a long way since the 18th century when the post was not simply that of Law Officer, but the power in the land. Long before the post of Secretary of State for Scotland was established it was the Lord Advocate who held sway.

The despotic Henry Dundas, for example, whose statue in St Andrew’s Square is the subject of current debate and who was succeded in office when he headed south by his nephew Robert Dundas. They instigated severe repression at a time when the law and the church were both arms of the state, resulting in Thomas Muir and his fellow political martyrs being transported to Botany Bay. 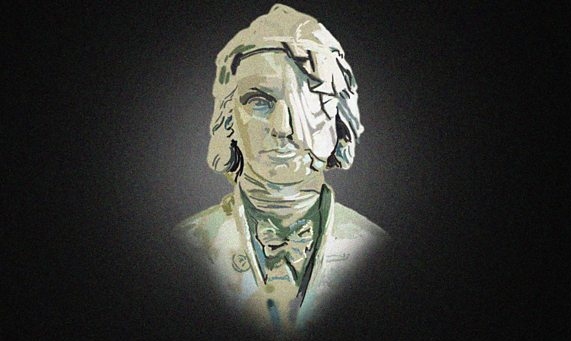 Thankfully those times passed and the role changed, becoming legal rather than political, although Cabinet positions remained for Law Officers. Most recently the first SNP administration saw regular Cabinet attendance reduced to simply being present when legal advice or a report on actions was being tendered. (No doubt a relief to busy law officers with the institution to manage.)

However, the dual role of being both the principal legal advisor to government and the country’s senior prosecutor remained. Those serving in those senior posts over recent generations, pre- or post-devolution and irrespective of the political complexion of government, have sought to uphold the principles of public service and impartiality.

And that’s why recent actions have caused such concern. A malicious prosecution is unprecedented in recent times. It has always been the ethos to only initiate actions on probable cause and to cease doing so if evidence or behaviour were found wanting. The zealous US District Attorney seeking a conviction by any means has never been replicated and has always been disdained in Scotland.

As well as public and judicial concern, the Lord Advocate’s actions have caused great consternation within the service itself and also in the upper ranks of the police. The cost to the public purse has been breathtaking, perhaps amounting to three-quarters of COPFS’s entire annual budget of £134m. 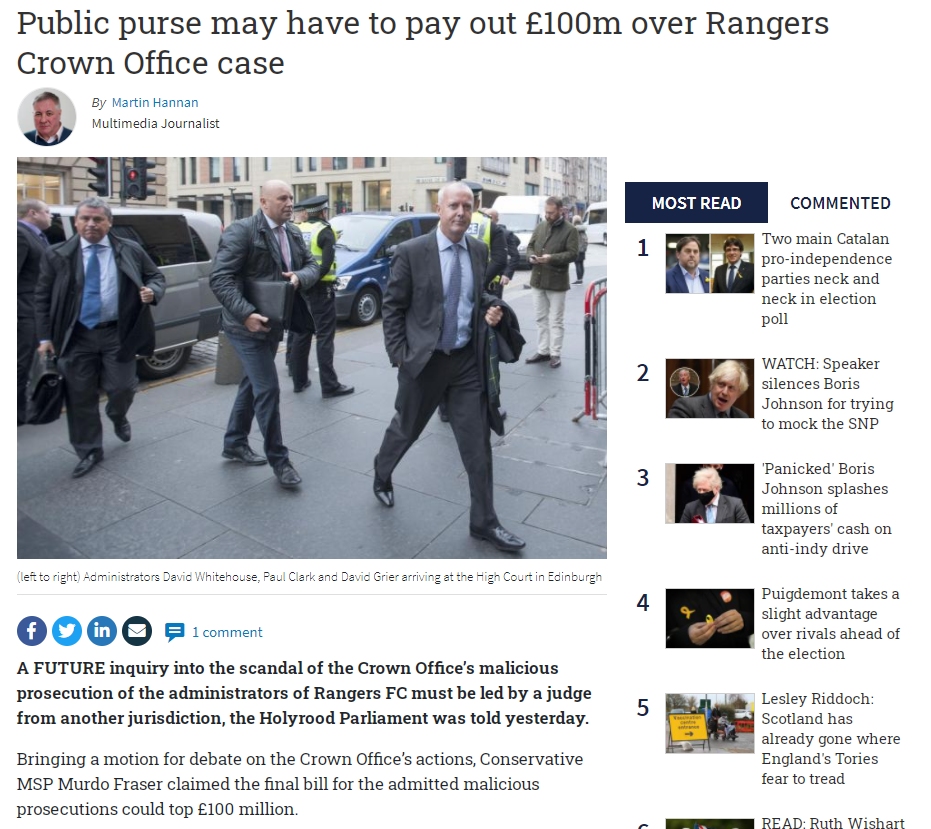 It cannot pay that out of its own resources so hard-pressed government funds that could better have been spent on schools and hospitals will be used to bail it out. But whatever the final financial loss, it’s but a fraction of the reputational cost. That cannot be borrowed from elsewhere but will need to be won back.

That debacle is bad enough but the Alex Salmond trial, and cases relating to it, have even more profound consequences for the institution. Leaving aside a prosecution on allegations that would never normally see the light of day, let alone an indictment in the High Court, along with deployment of a level of resources normally reserved for the most serious of cases, there are even graver issues arising.

In any democracy the separation of powers is essential. Executive, Parliament and judiciary must be independent and a prosecution service must work in the public interest, not that of a government. Current structures are inadequate to ensure that, and many of the actions before and since by the Lord Advocate (or those acting on his behalf when he has recused himself) have called it into question. That’s as serious a situation as can arise within civic Scotland.

Issues of who was doing what and when and in what role arise before and during the Salmond prosecution. Those are bad enough but actions since have given even greater cause for concern. A scattergun approach of harassment and prosecutions has ensued. The anonymity of witnesses has been used as a ruse to block legitimate Parliamentary requests and hide information from press and public.

Those actions are as unprecedented in recent times as malicious prosecutions. Yet they’ve still happened, and wittering replies to parliamentary questions and continued obfuscation are failing to provide answers or the accountability on which accountability and trust depend.

Change there must be. The current Lord Advocate has all but ensured he’ll be the last in such a dual role, and a separation of responsibilities will happen. But much more needs explained as to what was done, by whom and why, and just as importantly some removals from office are long overdue.

The integrity of the service and our democracy demand it.

Kenny MacAskill is an SNP MP and former Cabinet Secretary for Justice.