Wings Over Scotland | An Open Letter To Nicola Sturgeon

I write to express to you the views of many people in Scotland. Our movement is very upset by the actions they currently see unfolding before them. 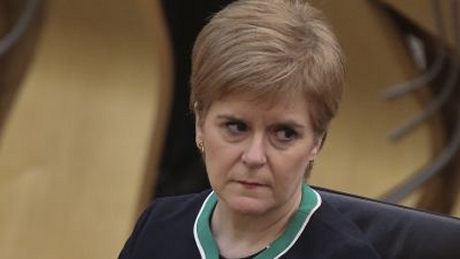 These actions are the direct responsibility of your staff, your officials and your advisors. And therefore, ultimately, you.

In fact, from my count there have been 26 definitive actions from the above that have caused unprecedented splits in our country and party.

Good leadership is not about getting up in the morning and asking yourself what you will say today, but rather what you will do. Therefore, I ask you, what will you do to help bring our movement back together?

The actions of your staff, your civil servants, and your advisors in regards to the committee investigating the unlawful behaviour of your government against the former First Minister have been truly unprecedented in their shocking overreach in perverting the very reputation of our Scottish Parliament, an institution that many campaigned for decades to re-establish only to watch these past months bring it into disrepute.

You, and you alone, have the ability to bring all of this madness to an end – short of Parliament taking matters into its own hands. However, yesterday was a moment that must be addressed.

However, it later transpired that the reason you left that vital call early, as you couldn’t rearrange the briefing, was in fact because you had already arranged TV interviews to make “preemptive strikes” (in the words of respected STV broadcaster Colin Mackay) against your predecessor, Alex Salmond. 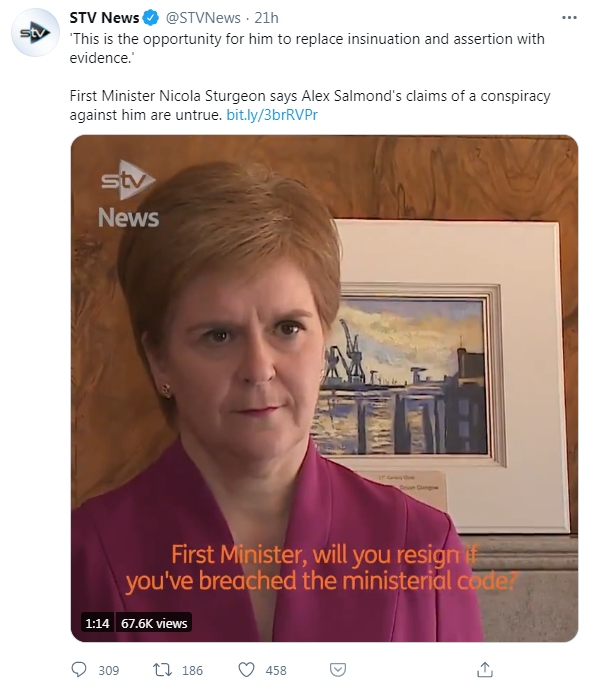 Or in other words, yesterday you literally put a political spin operation ahead of the health and wellbeing of the nation. I would ask you to reflect on that. Many people have great faith in you. Is that the sort of judgment call you would’ve envisaged making over 4 years ago when you were sworn in as First Minister, to stay true to that faith?

But in truth, whether it be the dreadful mismanagement of gender reform, or the Hate Crime Bill, or the OECD’s report into education in Scotland, these are all part of the wider problem of your expensive army of special advisers not actually doing their job of supporting the formation of good legislation, good governance, and good government.

Instead they expend their every effort to brief against the former First Minister, and exert all energies to the suppressing of evidence being published by a parliamentary inquiry to get to the bottom of why the Scottish Government acted unlawfully against him, who was responsible for it, and what their motives were.

Your government has in fact hindered this inquiry on 58 occasions. This is simply not behaviour that people of integrity and belief in due process can simply sit and watch and say nothing about, out of fear of the difficulty highlighting it will have for our cause.

Our independence, which has for so long been only within our sight, is now within our grasp. So I urge to you reflect on the damage those that you allow to act in the above manner cause to the harmony of the independence movement, and I urge you to do the right thing now.

Scotland cannot win her independence on such unstable foundations. We must ensure that this parliamentary inquiry is allowed to come to its conclusions.

Whether that reflects poorly on you personally or not must be secondary to how it reflects on our nation’s institutions and our nation’s Parliament, because alongside the people of Scotland it will be those which are the bedrock a better nation is built upon.

History, And The Peace Process, Has Proven Roy Greenslade Right About The Troubles – AN SIONNACH FIONN

How tech can entrench bias – POLITICO

History, And The Peace Process, Has Proven Roy Greenslade Right About The Troubles – AN SIONNACH FIONN

How tech can entrench bias – POLITICO

Scott Morrison — a bad marketing campaign’s version of a leader