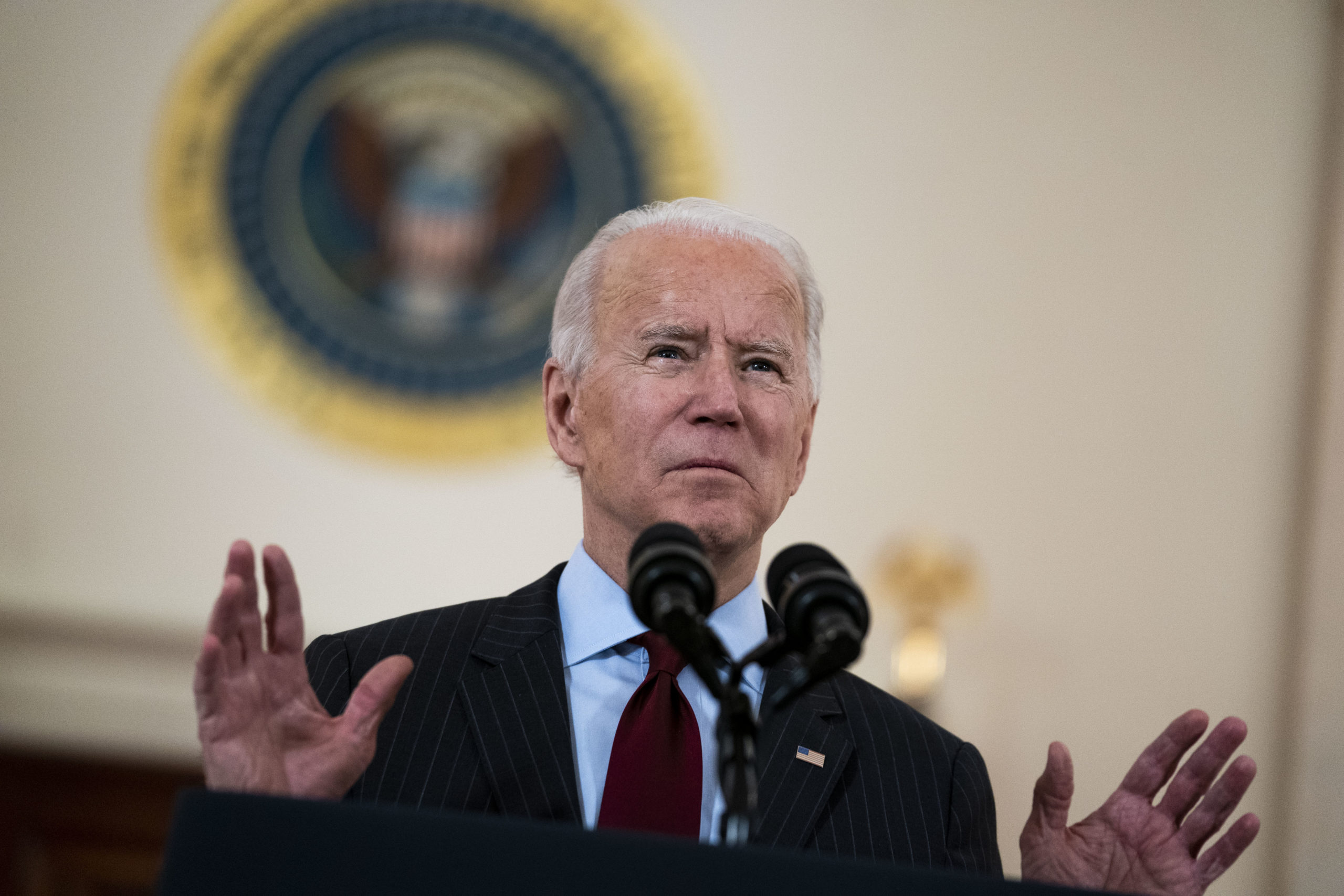 “Suffice it to say,” the official added, “we won’t stand by idly in the face of these human rights abuses.”

Navalny’s poisoning by Russian security forces last August and his recent jailing in Moscow has been deemed urgent enough to warrant a response, even if the broader review of U.S.-Russia policy — launched by the administration in January — is still ongoing, said the people familiar with the internal discussions.

Several Russia experts have said the U.S. should not wait to respond, especially after a Russian court paved the way last week for Navalny to be transferred to a penal colony.

“They’re right to do this broader review, but on Navalny they should take action sooner,” said Daniel Fried, who served as assistant secretary of State for European and Eurasian Affairs at the State Department from 2005 to 2009.

“I don’t think we can stop [Russian President] Putin from sending Navalny to a penal colony,” said Fried. “But by acting quickly now, at least it’s in Putin’s calculation that the U.S. is willing to act.”

Navalny, 44, was poisoned last August with the nerve agent Novichok, a lethal substance considered a banned chemical weapon by the Organisation for the Prohibition of Chemical Weapons. The Kremlin denied involvement, but the State Department publicly attributed the attack to the Russian Federal Security Service (FSB) in December. After months of treatment in Germany, Navalny recovered and flew home to Moscow, where he was promptly arrested for breaking the terms of a probation agreement. He was sentenced to nearly three years in prison earlier this month, sparking massive protests across Russia and condemnation by the international community.

It’s not the first time Russian security forces attempted to assassinate Putin’s foes using Novichok. Sergei Skripal, a former Russian military officer who served as a double agent for the British, and his daughter, Yulia Skripal, were poisoned with the substance in March 2018 in England. In December, Navalny tricked an FSB agent into detailing the plot against him, which involved planting Novichok in the opposition leader’s underwear.

While the new National Security Council’s broader Russia review has yet to be completed, the Biden administration is not starting from scratch on the Navalny issue — it inherited a comprehensive sanctions package from the previous administration, which was handed over during the transition process, two of the people familiar with the transition said.

The package proposed three types of sanctions: Magnitsky Act sanctions on the individuals who detained Navalny; sanctions under the Chemical and Biological Weapons Control and Warfare Elimination Act of 1991 (CBW Act); and sanctions under Executive Order 13382 — which is “aimed at freezing the assets of proliferators of weapons of mass destruction and their supporters,” according to the State Department. The Trump sanctions package also proposed revoking certain Russian officials’ visas and restricting the export of certain dual-use items to Russia that could be used to manufacture weapons of mass destruction.

It is not clear why the sanctions proposal, which former officials said was ready to go by early January, stalled at the end of Trump’s term. But the former president was notoriously reluctant to penalize the Kremlin or confront Vladimir Putin directly, and the sanctions package would have required his approval.

However the new administration chooses to respond, it is unlikely to use the exact blueprint left by Trump’s national security team. The current National Security Council views that package as overly unilateral and not in line with Biden’s commitment to working more closely with U.S. partners on major foreign policy moves, two officials said.

Still, the U.S. has lagged behind allies on this issue. In response to Navalny’s poisoning last year, the European Union sanctioned six Russians and a state-run scientific institute in October, and this week announced its intention to sanction four additional senior Russian officials over Navalny’s treatment.

Ryan Tully, who served as Senior Director for European and Russian Affairs on the NSC in the final six months of the Trump administration, said U.S. sanctions will be a key next step — along with working to end Nord Stream 2, an export gas pipeline running from Russia to Europe across the Baltic Sea that Biden has so far resisted imposing further sanctions on. Germany in particular is bullish on Nord Stream 2, complicating multilateral action, especially as the U.S. tries to repair relations with German Chancellor Angela Merkel following tense relations in the Trump era.

“Sanctioning Russia using the CBW Act, Magnitsky Act, and/or EO 13382, for the poisoning of Alexei Navalny is an important step in that it reinforces the global norm against chemical weapons use,” Tully said. “Ultimately, these tools won’t change Putin’s calculus or behavior however. Putting a stake in the heart of Nord Stream 2 could, and would, drain billions from Putin’s coffers.”

Crypto ATMs Surpass 10,000 Globally, Showing 87% Surge In The Past Year

With the Pet Industry Howling, These Companies May Be Some of the Best in Breed