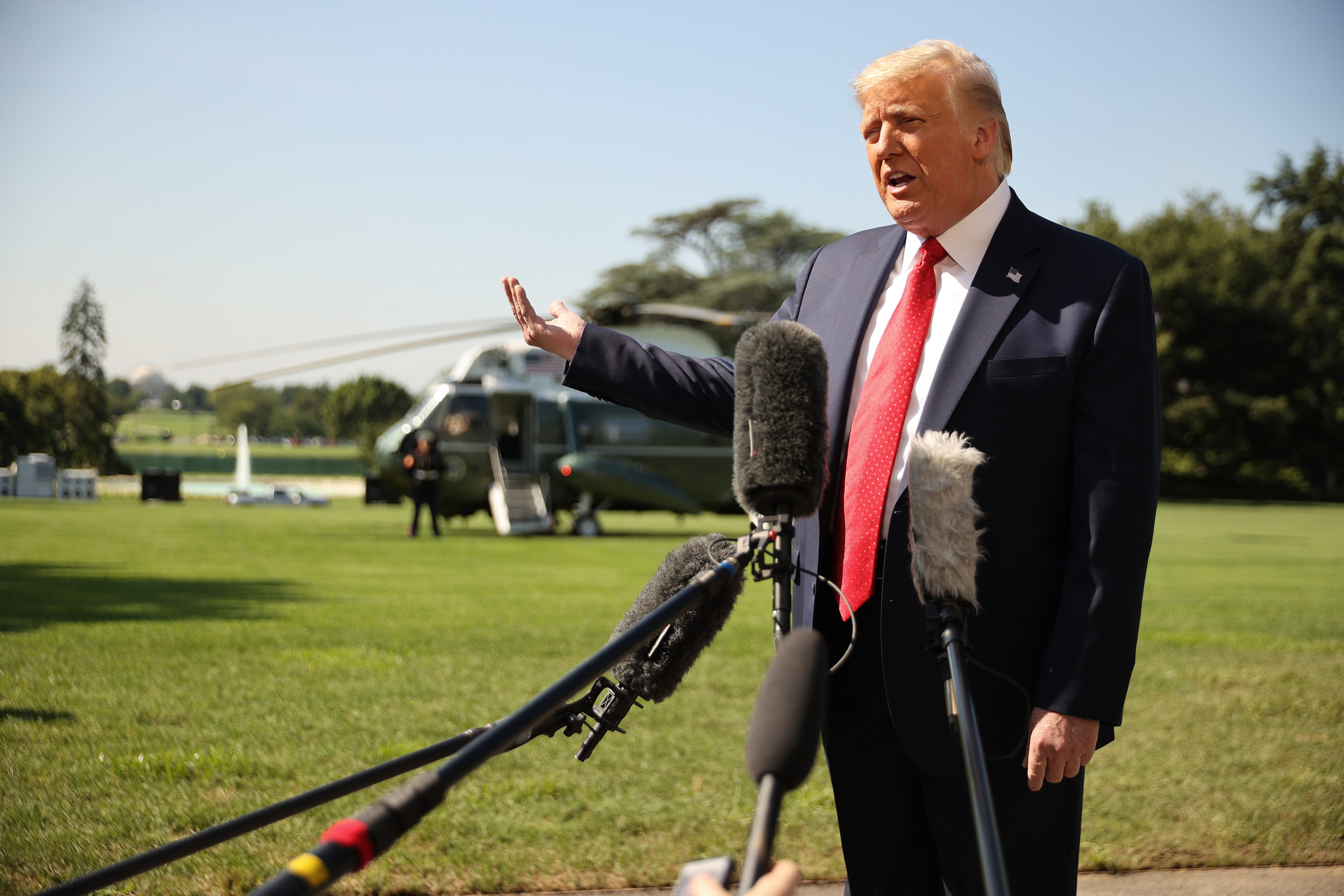 The fate of the Iran nuclear deal could hang on the definition of a single word: participant.

As soon as this week, U.S. President Donald Trump could invoke the agreement’s so-called snapback mechanism — a provision that allows the countries that crafted the deal to reimpose international sanctions on Iran. That sets in motion a process that can be stopped only by a vote of the United Nations Security Council, where the U.S. gets a veto.

In theory, that would blow up the deal — as Trump has sought to do for years. In reality, things are about to get incredibly murky.

For one thing, Trump declared more than two years ago that the U.S. would no longer participate in the nuclear agreement— formally known as the Joint Comprehensive Plan of Action. Yet the administration is now arguing, in essence, that because a U.N. resolution on the agreement never specifically says what happens if one of the participants leaves the deal, it still has the right to snap the sanctions back on.

Confused? You’ve got a world of company. Here’s how we reached this point.

What is the status of the Iran nuclear deal?

The deal is an internationally negotiated agreement reached in 2015 during Barack Obama’s presidency. It lifted a slew of U.S. and international sanctions on Iran in exchange for heavy restrictions on the country’s nuclear program.

The deal was negotiated by the United States, Iran, Germany, Britain, France, China and Russia. The European Union and the U.N. also played key roles. The U.N. Security Council passed a resolution, No. 2231, that enshrines the agreement, while also laying out the procedure for reimposing sanctions (the snapback) if Iran is found to have violated the terms.

Trump took office complaining that the Obama-era agreement was too narrow and too generous to Iran. He withdrew America from the deal in May 2018, officially reimposing the U.S. nuclear-related sanctions on Tehran. In the years since, he has heaped additional sanctions on the country as part of the administration’s “maximum pressure” strategy. Many of the U.S. sanctions also penalize non-American firms and governments that do business with Iran, so few entities outside Iran are willing to invest in the country.

At first, Iran tried to uphold its end of the deal even after the U.S. quit. Tehran hoped that European countries, who were furious over Trump’s withdrawal, could find ways to go around the U.S. sanctions and give Iran the economic relief it needed. But no serious relief has come. So Iran has taken steps that violate certain terms of the deal, such as resuming uranium enrichment-related work at a key nuclear site, but it has not yet fully withdrawn.

Why is Trump trying to impose the “snapback” now?

As part of the nuclear deal, the countries involved agreed to allow a U.N.-imposed conventional arms embargo on Iran to expire this October. The Trump administration says it is determined not to permit Iran to be able to purchase such weaponry. While some countries, including America’s European allies, are sympathetic, others, like Russia and China, have shown interest in selling arms to Iran.

Last week, the U.S. tried to extend the life of the embargo through a U.N. Security Council resolution. It failed in humiliating fashion. Of the 15 council members, only the Dominican Republic voted with the United States. Russia and China voted against, while the other members, including longtime U.S. allies Germany, France and Britain, abstained.

Knowing its resolution stood little chance, the Trump administration is now moving to reimpose the conventional arms embargo by triggering the snapback mechanism in the nuclear deal. The problem is that the other countries who helped craft the agreement say the United States doesn’t have the standing to do anything because it withdrew from the deal more than two years ago — it is no longer a participant, they say.

Foreign officials privately say they believe Trump and his aides have a motive aside from keeping Iran from obtaining conventional weapons: The Trump team wants to use the snapback to completely kill the nuclear deal before an election that could hand the White House to Democrats who want to rejoin the agreement.

Is the U.S. a participant in the nuclear deal or not?

When Trump announced that the U.S. was leaving the agreement, the fact sheet sent around by the White House was titled, “President Donald J. Trump is Ending United States Participation in an Unacceptable Iran Deal.” That was just one of many examples of the administration, in writing or verbally, saying the U.S. was no longer a participant.

Now, the administration says it retains the right to trigger the snapback of sanctions based on the language of U.N. Security Council resolution 2231. That resolution names the deal’s “participants” as the countries who initially put the deal together, along with the EU. It says a “participant state” can file the complaint that would lead to reimposing sanctions. Trump aides argue the resolution’s definition of “participant” is static and that, because the U.S. was one of the countries listed under that category, it still has the right to use the snapback.

The other participants reject this analysis. Even some foreign officials who say they can see the legal logic behind it nonetheless argue it is not legitimate.

Besides, they point out, the U.N. Security Council is not a court of law. It’s a political body. And the Iran deal itself is not a treaty; it’s a political arrangement. The Americans can lay out all the legal arguments they want, foreign diplomats say. The rest of the world can simply ignore them.

No less a person than John Bolton, Trump’s former national security adviser and longtime hard-liner on Iran, has called the administration’s position “too cute by half” — and warned that the United States will regret trying to ram through snapback under such ambiguous circumstances.

Let’s say the U.S. tries to trigger the snapback. Then what?

Right now, the Iran deal is badly wounded and barely functioning. A U.S. effort to trigger the snapback could put the deal in a coma, with “Schrodinger’s Cat”-style questions about whether it’s alive or dead.

Procedurally, there appears to be little other countries can do to stop the United States from filing the notification to the Security Council that sets the snapback process in motion, analysts say. Once that complaint is filed, a 30-day countdown begins before the sanctions (including the arms embargo) are supposed to lock back in place.

During those 30 days, a Security Council member can put forth a resolution to keep the sanctions lifted, but the U.S., as a permanent council member, would veto that. Besides, putting forth a resolution would give credence to the notion that Washington had standing to trigger the snapback in the first place.

What is likely to result is a situation in which the United States says the deal is completely dead, while other countries insist it’s not. Other countries might choose to believe that the arms embargo has expired and non-American penalties on Iran remain lifted. All that being said, the U.S. sanctions are the ones that bite the most and have savaged Iran’s economy by scaring off outside investors who fear losing access to the American market if they do business with Iran.

There’s still a slim chance the U.S. can persuade one of the other parties to the nuclear deal — the United Kingdom, for instance — to invoke snapback, sidestepping the legal debate. But as of now, there’s no sign that will happen.

Amid all this, Iran could decide to simply pull out and resume its nuclear program in full, thus killing the agreement. But Iranians, not to mention other states who crafted the deal and remain invested in its success, know Trump may be out of office by January, and so they may all choose to wait until after the November election. For the next few months anyway, the nuclear deal is likely to be both dead and alive.

Related stories on these topics: